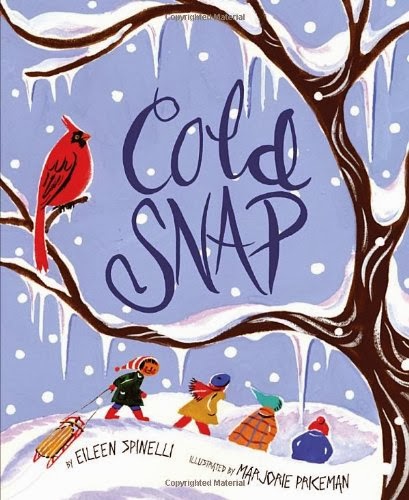 Primary cuties have been celebrating our Chi-berian Polar Vortex in the library with a Penguin-and-Polar-Bear-Palooza, as we explore the differences between the North and South Pole and fiction/nonfiction, all in glorious black and white.  We learned lots of amazing facts, like polar bears are actually black and penguin daddies feed their young with milk from their throats.  We visited live penguins via PenguinCams mounted at Sea World in San Diego and The Monterey Bay Aquarium,  and learned that there are many different kinds of penguins (the Macaroni Penguin is the favorite, though we were disappointed to learn it was named for its flamboyant style, not for its love of pasta and cheese).

Favorite books in the library unit have included Polar Opposites by Erik Brooks, Tacky the Penguin by Helen Lester, Plenty of Penguins by Sonia Black, The Emperor's Egg by Martin Jenkins,  Polar Bear Night by Lauren Thompson (the kids also loved looking at photos of the real Aurora Borealis) and Polar Bears by Mark Newman.  We were not actually able to make a year's worth of penguins as depicted in Jean-Luc Fromental's 365 Penguins, but we gave it the college try.   Integrated study of the chilly poles continue in the classrooms. 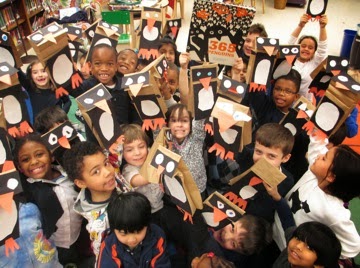 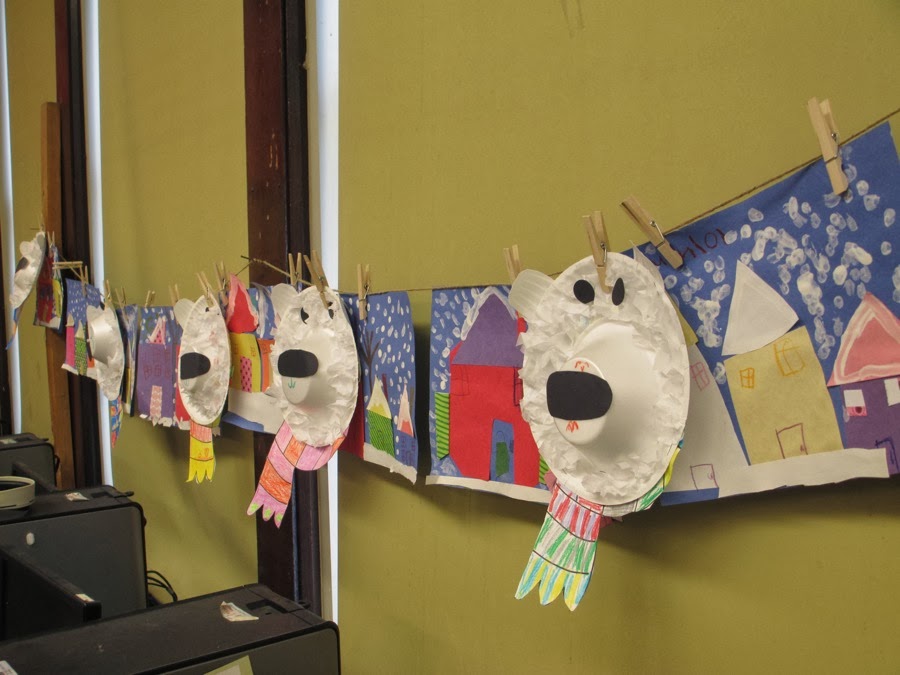 We've also been crafting up a snowstorm, inspired by the endpapers in Eileen Spinelli's wintery picture book Cold Snap, and exploring illustrator focus, perspective and technique via the Caldecott-winning classic The Snowy Day by Ezra Jack Keats. We've decided you can't grow mittens on trees like in Steven Kellogg's The Missing Mitten Mystery (though we had fun trying), but you can build a gigantic snowperson like in Margery Cuyler's Biggest, Best Snowman, even if you're still little.  Some second-graders made bold text-to-self connections via the great adventure Brave Irene by William Steig in which a little girl weathers a blizzard in order to make an important delivery.   As you read picture books with your children, occasionally ask them if a picture is a double-page spread.  Primary students are learning lots about the nuances of illustration and the parts of a book.  Please invite them to show you and you can show them, too, as you share books on these cozy, wintery days!
Posted by Esme Raji Codell at 8:05 AM No comments:

Volcanic Activity in the 6th Grade 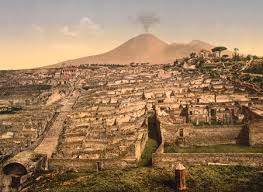 Kudos to the 6th graders who have been working so hard on researching Pompeii in conjunction with the studies in Mr. Westfall's class, striving to answer questions about public safety and what measures are in place to prevent a modern-day Pompeii.  This classroom/library collaboration was an excellent occasion to review search terms and strategies, relocate our Citation Station and revisit how to give credit where credit is due, and balance our findings to come up with conclusions that are supported by credible facts.  Plus, we were able to give our new Mac cart a workout, with two class periods dedicated to supported research time.  Our research was closely followed by the unfortunate current event of the eruption in Indonesia, and we wish the people in that region swift aid and healing.  We came to appreciate the gravity and necessity of the early warning and evacuation systems we were researching. We also discovered some pretty amazing images on Smithsonian.com featuring a sulfuric lava that burns bright blue. Nature continues to be a beautiful and mighty force to be explored here in the library. 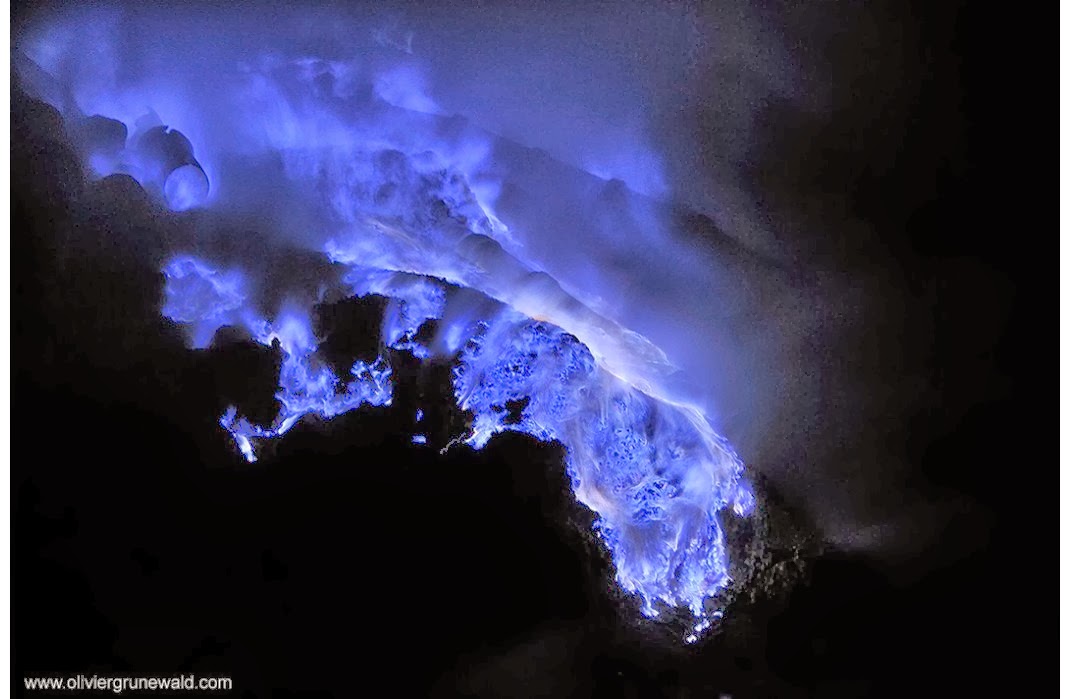 Posted by Esme Raji Codell at 6:43 PM No comments: 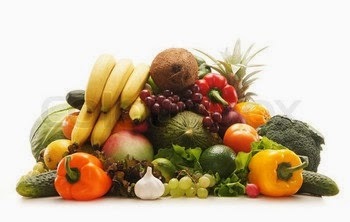 One of our former Stone students, now in high school, is doing a research project about nutrition and could use our help by participating in a survey and web exploration she has created!  Students in grades three and up can fill out the first part of the survey here,  and then visit the "Foodtopia" website our former student developed here (nice job!), and then take a last short survey here to share what has been learned.  I was assured it should not take much more than 20 minutes, and if you print out the first page of the last survey and turn it in by next Thursday (2/13), you can earn five points extra credit and a free bookmark in library.  Best of all, you are lending a helping hand to one of our Stone family, and learning as you go!  Have fun, check out cookbooks in our nonfiction section (641.5) and eat healthy!
Posted by Esme Raji Codell at 5:15 PM No comments:

No screaming in the library, unless... 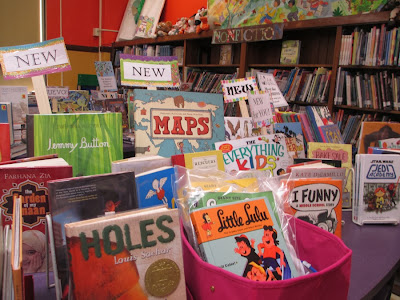 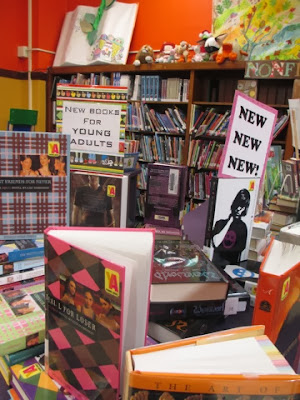 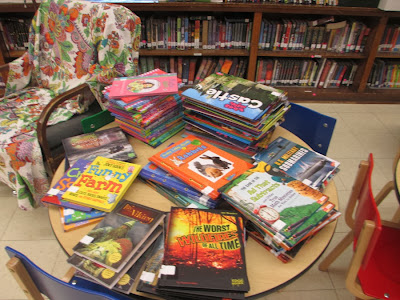 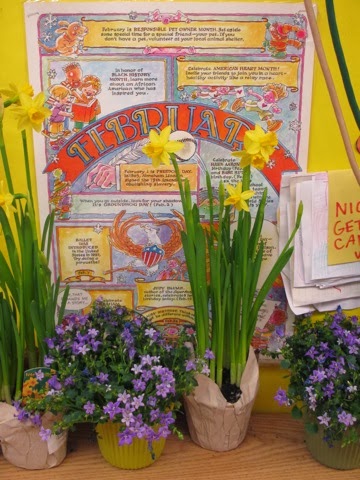 Our collection was SO thirsty, and our Stone readers SO voracious, this influx of fresh material was SO very welcomed. They are flying off the shelves! A huge thank you to our administrative team Ms. Onofrio and Mr. Brandon for their support and green light, which makes all the difference; our kind book rep, Ms. Kubitz, who went geographically out of her way to ensure we got what we needed; our school secretary, Ms. Calderon, who did such a super job placing our order amidst the diabolically quirky CPS online systems that she should have her own cape and graphic novel series; and a special debt of gratitude to the dedicated and delightful 7th grade Junior Librarian team for helping to get these book piles processed lickety-split so nobody had to wait too long to start turning those pages. It takes a village to build a library...and to use it.   Enjoy, enjoy, enjoy!
Posted by Esme Raji Codell at 6:30 PM No comments: