Do we Dewey? We sure do! 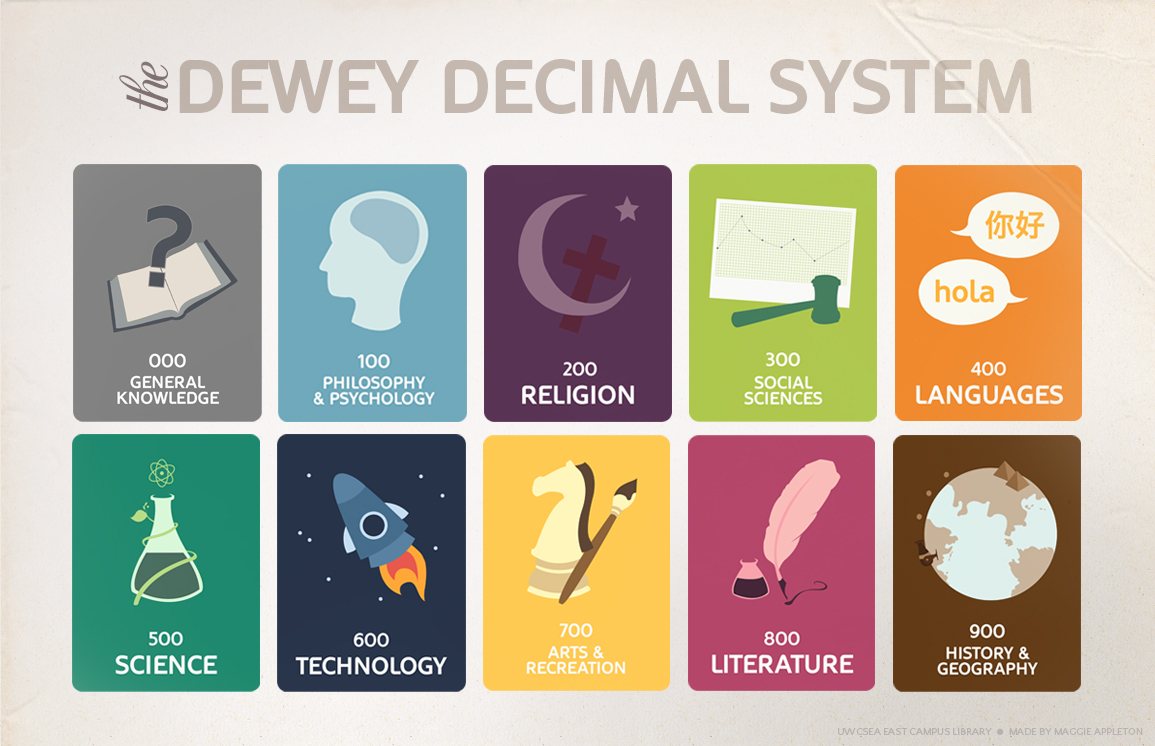 One of the great cornerstones of library learning is the introduction to the (insert horn fanfare here) Dewey Decimal System in the fifth grade!  While considered dry by some (and I'd like to know who!!!), I still love to introduce it because not only does it help children navigate the nonfiction section of most any youth library collection, it's the science behind the field of Library Science...the ability to classify information, a skill that transfers to other sciences. Classification of materials also becomes invaluable as a requisite skill in our age of digital curation as well.  Anyone who has spent any time on a computer knows how important it is to organize information in such a way that you can find it again!

After classifying our own shoes and enjoying a Gestalt moment of realizing even the most ordinary things can be organized a multitude of ways, we then discuss the many ways books can be organized.  Our foray into the Dewey Decimal starts with the learning of a mnemonic device,   "Good People Require Speedy Learning, So Try Fine Library Helpers."  The first letter of each word is a hint to the name of a Dewey Decimal category.  I teach all the students to say this phrase while holding up their hands and putting up a finger for every word, starting with no fingers at all.  This little trick matches up the first letter to the first number.  Ask your child to show you!  Here is a handy-dandy cheat sheet:

This is the meat and potatoes of what I'm trying to introduce and all the average Joe and Josephine will be held responsible for, but there's always a few children who catch my hopefully contagious love of Dewey.  For those Junior Librarian types, thanks to the helpful list compiled by the Cambria-Freisland School District they can delve deeper:

And kids who are truly Dewey-obsessed can further classify here. Oh la la.  More categories and subcategories than you can shake a YuGiOh card at.

By request, I am linking to the popular "Dewey Decimal Rap," though I promise that I did introduce the children to the real Melvil Dewey, who created the Dewey Decimal system in the late 1800's.  Alas and according to all credible sources, despite Dewey's many accomplishments and contributions to library science, he was never actually a rapper. Also, it has been pointed out to me repeatedly, the real one had a beard.  The children enjoy it anyway.


After note-taking, flash cards, scavenger hunts and lots of practice, our unit will culminate in a competitive Jeopardy-style throw-down in which all three fifth grade classes will compete for the honor of winning.  What's the Dewey number for fun?  (Hmmm.  Probably around 794.) 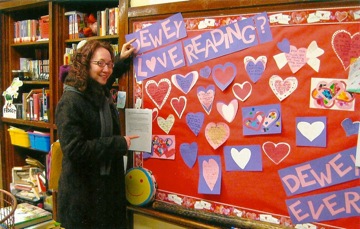